To share your memory on the wall of Angela Guarin, sign in using one of the following options:

Print
Angela Diane Guarin, 48 , of Fremont, Nebraska passed away on March 8, 2021 after an auto accident. Angi was born January 17, 1973 in Fort Walton Beach, Florida where she lived until moving to Fremont almost 11 years ago.

She was prec... Read More
Angela Diane Guarin, 48 , of Fremont, Nebraska passed away on March 8, 2021 after an auto accident. Angi was born January 17, 1973 in Fort Walton Beach, Florida where she lived until moving to Fremont almost 11 years ago.

Angi was raised in Fort Walton Beach, Florida until she was 9 years old. She traveled to USAF military assignments in the United States with her parents to Cheyenne, WY; Warner Robins, GA; and Yorktown, VA. As an adult, she returned to Fort Walton Beach and eventually Navarre, Florida. Angi attended Pensacola Jr. College briefly, but decided she wanted to devote her time to being a homemaker and dedicated mother, which is exactly how she spent her life. To say she was a strong advocate for her children is an understatement. Though she had physical limitations due to Muscular Dystrophy, she made up for it by using her voice to speak up for her children and to ensure they had the best lives she could give them. She was ever-present in anything involving her children and their activities. She loved to be involved in her kids’ sports programs, to cross stitch when there wasn’t a child in her lap, and to cook for her kids—especially holiday meals. Birthdays were really important to her and she made sure her kids always had big celebrations with spectacular birthday cakes. When it got to the point where she said funny things “make my smile muscles hurt,” she still smiled. She loved to laugh and would not allow the disease to take that from her.

Memorials may be directed to the Muscular Dystrophy Association in both Angi and Cody’s names.
Funeral Service is 11:00 A.M., Wednesday, March 17, 2021 at Moser Memorial Chapel in Fremont, NE. Rev. Scott Jensen will officiate.

Livestreaming link can be found below.

Receive notifications about information and event scheduling for Angela

We encourage you to share your most beloved memories of Angela here, so that the family and other loved ones can always see it. You can upload cherished photographs, or share your favorite stories, and can even comment on those shared by others.

AJ and Frances Nouri Kelley, Reza, and Nikki and and Kevin and Tracy McGehee sent flowers to the family of Angela Guarin.
Show you care by sending flowers

Posted Mar 17, 2021 at 11:26am
Wishing you comfort in the loss of someone so special to all of you. Hoping that your memories of Angie will bring you some comfort as you go through this difficult time. Sending our love and hugs to all of you.
With our love, your cousins,
Mary Lou Kovacich
Jeff, Mary & Sabrina Kovacich
Connie & Bob Rodenburg
Pete, Colleen & Jackson Rodenburg
Ben & Jill Rodenburg
Dan Rodenburg
Valerie Borio
Jerry Besser
Comment Share
Share via:
AA

AJ and Frances Nouri Kelley, Reza, and Nikki and

AJ and Frances Nouri Kelley, Reza, and Nikki and purchased the Peaceful White Lilies Basket and planted a memorial tree for the family of Angela Guarin. Send Flowers

Posted Mar 16, 2021 at 03:21pm
Dinah and Family, I am so sorry to hear about Angie. Please know that you all are in my thoughts and prayers. Debbie Sutton
Comment Share
Share via:
KM

Posted Mar 16, 2021 at 10:29am
Please accept our most heartfelt sympathies for your loss... Our prayers are with you and your family during this difficult time. 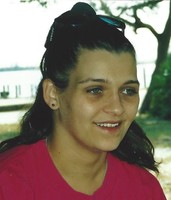 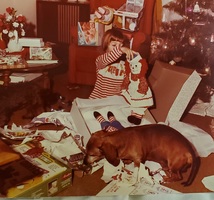 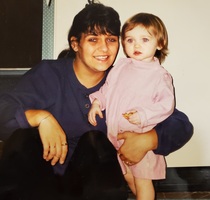 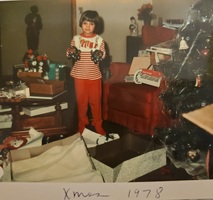