To share your memory on the wall of Billy Davis, sign in using one of the following options:

Billy grew up at Rose, NE and then served in t... Read More
Billy E. Davis, age 87 of Fremont, Nebraska passed away Wednesday, May 19, 2021 at his home surrounded by family. He was born March 6, 1934 at Rose, NE to Robin and Margaret (Weander) Davis.

Billy grew up at Rose, NE and then served in the US Army from September 27, 1956 to July 10, 1958 In Korea. He moved around a bit for about 4 years after the Army before settling in Nickerson, NE in 1964. Billy married Claudette (Broadstone) on January 20, 1962 at Falls City, NE. He worked as a heavy equipment operator for Flynn Paving retiring in 1989. In 1982 they moved into Fremont. He loved gardening and going to garage sales so he could buy things and fix them up.

He is survived by his wife, Claudette and daughter, Susan Davis both of Fremont and son, Michael (Julie) Davis of LaVista, NE; brother, Dean Davis of Fremont; 5 grandchildren, Drew, Anthony, Mitch, Tanya and Nathan and 3 great-grandchildren, Cecilia, Elijah and Emily.

Billy was preceded in death by his parents; brother, Bob (Maxine) Davis and sister-in-law, Alvia Davis.
Graveside Service and Military Honors will be 9:00 A.M., Saturday, May 22, 2021 at Ridge Cemetery in Fremont. Rev. Fr. Bill Cremers will officiate.

Memorials are suggested to the American Cancer Society.

Receive notifications about information and event scheduling for Billy

We encourage you to share your most beloved memories of Billy here, so that the family and other loved ones can always see it. You can upload cherished photographs, or share your favorite stories, and can even comment on those shared by others. 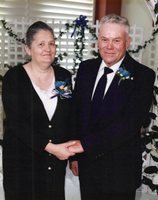