To share your memory on the wall of Colette Feala, sign in using one of the following options:

Colette graduated North Bend High School in 1948. She taught school for a short time after graduation. She married Richard "Dick" Feala on June 15, 1951 in Omaha. They resided in rural North Bend, and moved in to North Bend in 1962. After raising her family, Colette went back to work, where she worked for OPPD as a secretary and home economist. She retired from OPPD in 1997.

She was a volunteer for the elementary school, a Little League Baseball Coach, an active member of St. Charles Borromeo Catholic Church, the Alter Society, a member of the funeral lunch committee and led Rosary services at Birchwood Nursing Home. Colette enjoyed softball, bowling, playing cards, gardening,
and had many sewing projects including dresses and wedding gowns.

She was a Husker fan and a committed blood donor.

Funeral Service is 10:30 A.M., Friday, January 15, 2021 at St Charles Borromeo Catholic Church. Visitation at the church is 5-7 PM , Thursday, January 14 and a Rosary will begin at 7 PM. Burial will be in Woodland Cemetery .

In lieu of flowers, memorials may be directed to the North Bend Central Foundation, St Charles Church, North Bend Optimist, for the Little League baseball and softball programs.

Receive notifications about information and event scheduling for Colette

We encourage you to share your most beloved memories of Colette here, so that the family and other loved ones can always see it. You can upload cherished photographs, or share your favorite stories, and can even comment on those shared by others.

Posted Jan 22, 2021 at 03:24pm
I'm forever thankful for the smiles, joy and wonderful energy she brought into my Grandma's (Norma Hamilton) home every time she came by. Colette was a sweet, kind, uplifting woman. She will be missed.
Comment Share
Share via:
LB

Posted Jan 13, 2021 at 12:57pm
We will always remember your mother's great demeanor and smile. May the love of family and friends and your faith in God bring you peace, comfort and hope. With sympathy, Lon and Carol Bohling
Comment Share
Share via:
HS

Posted Jan 13, 2021 at 11:40am
Marc, our deepest condolences to you and your family on the passing of your grandmother.

Flowers were purchased for the family of Colette Feala. Send Flowers

Posted Jan 13, 2021 at 08:53am
Theresa and family, We are so sorry for your loss. Our thoughts and prayers are with you in this difficult time.

Flowers were purchased for the family of Colette Feala. Send Flowers

Posted Jan 12, 2021 at 11:32am
Mary and family - Our thoughts and prayers are with you all as you celebrate the life of your precious mother. 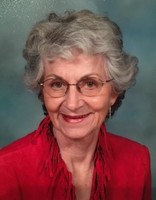