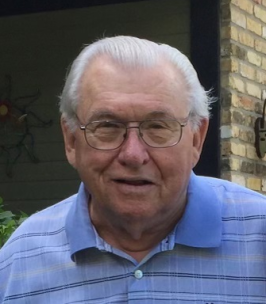 DeLane D. Christianson age 93 of Omaha, Nebraska passed away Monday, July 4, 2022 at Hillcrest Country Cottages in Papillion, NE. He was born May 21, 1929 in Manning, Iowa to Jerry and Helen Christianson.
He grew up in Harlan, IA and graduated from Gray High School, Gray, IA in 1947. Delane married Phyllis Jensen February 18, 1950 in Washington, D.C. He then graduated from San Francisco State College in San Francisco, CA in 1956. Delane served in the US Army Reserves. He began his career with the FBI in 1948 and his work as an investigator led him to live in various cities in the US. They came to Omaha in 1965 and retired in 1980.

He was a member of All Saints Episcopal Church in Omaha and Society of Former Special Agents of the FBI.

Interment with Military Honors will be at the Kennard Cemetery, Kennard, Nebraska.
Memorials may be donor’s choice.