To share your memory on the wall of Delores Matteo, sign in using one of the following options:

She grew up at Pierce, NE. Delores contracted Polio in 1940, at the age of 10. She spent many months away from her family in a Lincoln hospital recuperating and preparing for a life of braces and crutches. With the help and support of the doctors, nurses, nuns and her family she met the challenge. Oh, and she did meet this challenge. Especially with the words from the nuns who instilled into her and the other patients that there is no word as CAN'T! She listened and she lived a life of CAN! It wasn't always easy. One day while walking down the stairs of Pierce High School, one of her braces broke and she fell down the stairs. No big deal you think, but, she was wearing a leg brace, carrying books and her other arm had the other crutch. She could have said "that's it" I'm done, not walking up those stairs anymore", but, no, she was back the next day.

After graduating in 1947, her and her cousin took off for the bright lights of Omaha to seek employment. Her cousin was hired right away, but no one would hire Delores. They would not take a chance on a handicap person. So, she walked the cold, windy and hilly streets of Omaha, hanging out at the Joslyn Museum, until she read the writing on the wall and moved back to Norfolk. Soon she was hired and working at French's Photo Studio where she thrived. It was here that her love of photography was developed.

Walking home one day from French's, three young bullies followed her and began to harass her. She could not run away. It was at this moment that her Knight in Shining Armor appeared, a young man named Joe. Seeing a damsel in distress, he stopped and "shooed" them away. And the story of Dee and Joe began. Soon they were married and began raising a family.

Delores married Joseph R. Matteo in 1948 in Norfolk, NE. After marriage they lived at Norfolk, NE, Clinton, Iowa, Chadron, NE. They settled in Fremont in 1962. After the youngest child started school full time, Delores went to work at Pendleton Woolen Mills. She worked twelve years retiring in 1979. During her tenure at Pendleton she excelled at her job and did not seek any special treatment for using a brace and crutches. The Fremont Tribune contacted the Plant Manager, Leonard Lafond and asked if they could do a story on any of his employees with handicaps. He responded "I do not have any employees with a handicap"! She continued to be independent, living on her own until the last few years when Post-Polio Syndrome and COVID finally stopped this tough cookie.

Delores was a member of St. Patrick Catholic Church, FOE #200 Eagles Club and TOPS all in Fremont. She was an avid Husker Fan!!! She enjoyed running her Mama Matteo Football Pool each week and calling each member with their numbers. GBR!!!

Funeral Mass 11 A.M., Thursday, March 25, 2021 at St. Patrick Catholic Church in Fremont. Visitation will be 4 to 7PM on Wednesday and a Rosary will be at 7 PM all at Moser Memorial Chapel in Fremont.
Burial will be at Calvary Cemetery in Fremont.

Memorials are suggested to St. Patrick Catholic Church/Archbishop Bergan Schools, Dunklau Gardens for activities or to the FuEver Home in Fremont.

The family would like to thank the nurses and staff at Dunklau Gardens for the wonderful care and love she received while with them.

Receive notifications about information and event scheduling for Delores

We encourage you to share your most beloved memories of Delores here, so that the family and other loved ones can always see it. You can upload cherished photographs, or share your favorite stories, and can even comment on those shared by others.

Stephene Crook, Evelyn Mattson, Doug and Jean Lewis, and other have sent flowers to the family of Delores Matteo (Mattson).
Show you care by sending flowers

Posted Mar 23, 2021 at 04:05pm
My sincere condolences to you and your family. My thoughts and prayers are with you. Please let me know if you need anything.

Posted Mar 20, 2021 at 09:12pm
Wishing you peace to bring comfort, courage to face the days ahead and loving memories to forever hold in your hearts. 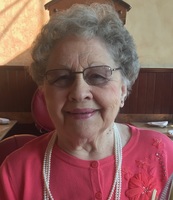