To share your memory on the wall of Gene Steffensmeier, sign in using one of the following options:

Gene was born August 21, 1942, in Omaha, NE, to Ed and Helen (Heimann) Steffensmeier. He grew up in Dodge, NE and graduated from Dodge High School in 1960. After high school Gene received his business Degree from Creighton University in 1964. Gene moved back to Dodge and managed the former Farmers Garage car dealership until it closed in 2013.

Gene enjoyed all sports, especially Creighton basketball, Husker football, the Green Bay Packers and Dodgers Baseball. His passion in life was spending time at the dealerships and being with his wife, Peg and his family.

Gene was preceded in death by his parents; and sister, Donna and husband Cletus Doernemann.
The Funeral Mass will be 10:00 AM, Monday, November 16, 2020, at St. Patrick Catholic Church in Fremont. Visitation will be from 4 PM until 7 PM, Sunday at St. Patrick Church with a Rosary at 7 PM at the Church. Burial will be at Calvary Cemetery in Fremont.

Memorials may be directed to St. Patrick Church in Fremont or Archbishop Bergan Schools.

Live-streaming of the Mass and online condolences will be found at www.mosermemorialchapels.com

On behalf of the family and funeral home staff we ask everyone attending to wear a mask and practice social distancing at the visitation and funeral at St. Patrick Church. Due to the Nebraska governors mandate attendees are limited to 25 % capacity of the church. Because of the mandate we ask that attendees do NOT congregate for extended periods of time during the visitation. Thanks

Because of the limitations on funeral attendance due to Covid, the Funeral will be live streamed but we are also inviting those that want to show their respects to park in the designated parking spots at church, by the Gene Steffy Dealership or along 16th Street. After the service, when the hearse is ready to leave the parking lot, everyone can stand outside of their car and raise a hand or two towards Gene as a sign of blessing.
Read Less

Receive notifications about information and event scheduling for Gene

We encourage you to share your most beloved memories of Gene here, so that the family and other loved ones can always see it. You can upload cherished photographs, or share your favorite stories, and can even comment on those shared by others.

With prayers and love, Ryan, Kelsie and Josie Bahe, Drew and Lacey Luebe, and other have sent flowers to the family of Gene Steffensmeier.
Show you care by sending flowers

Posted Nov 23, 2020 at 01:16pm
We are so sorry to hear of Gene's passing. He was truly a gracious man and so kind to everyone. He never missed a welcoming handshake at the dealership over the many years. The world needs more people like him.

Our deepest sympathies to the family,
Cindy Mumm and Family

Posted Nov 23, 2020 at 12:41pm
Sending deepest sympathy to the entire Steffensmeier Family. My father drove a truck for Gene's father and Gene attended my parents wedding. My mother and father adored Gene. No trip to Nebraska was complete without a visit to Fremont. I like to think they are all reunited in GOD's arms. All my love Carol Svoboda
Comment Share
Share via:
TW

Posted Nov 17, 2020 at 03:22pm
Our condolences to the family. Gene was a kind, helpful and supportive person. I was never made to feel like a competitor, just a friend. I will miss chatting with Gene at the Creighton games. Our prayers are with the family.
Tyrone and Cathy Williams
Comment Share
Share via:
ER

Posted Nov 17, 2020 at 11:26am
Our prayers & thoughts are with the family Gene was a very respected man and will be missed by all.

Posted Nov 16, 2020 at 03:46pm
Very sorry for your loss. My heart and prayers are with you today. Gene was a great man.
Comment Share
Share via: 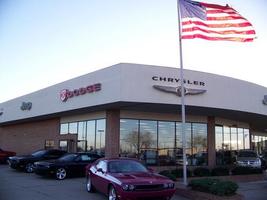