To share your memory on the wall of Ilse Howard, sign in using one of the following options:

Ilse was born on September 8, 1926 in Trebbichau, Germany to Edgar and Elisabeth (Dinter) Kuhnt. She grew up and attended scho... Read More
Ilse K Howard, age 94, of Fremont passed away Saturday, November 21, 2020 at Nebraska Medicine in Omaha, NE.

Ilse was born on September 8, 1926 in Trebbichau, Germany to Edgar and Elisabeth (Dinter) Kuhnt. She grew up and attended school in Germany. She married Bernard C. Howard on September 16, 1959 in Aschaffenburg, Germany. He preceded her in death on June 25, 1998. She and Bernard came to the US and lived in Oklahoma from 1962-1975 when they moved to Scribner, NE. While in Scribner they owned and operated Howard Roofing and the Scribner Café. In 1997 they came to Fremont. She was a house parent at the Masonic-Eastern Star Home for Children in Fremont for 17 years before retiring in 2001.

She was preceded in death by her parents; grandparents that raised her; husband; sister, Gertrude; and grandson, Matthew Meyer.

Per Ilse’s wishes, A Private Family Funeral will be at Moser Memorial Chapel in Fremont, followed by burial at Ridge Cemetery in Fremont.

Receive notifications about information and event scheduling for Ilse

We encourage you to share your most beloved memories of Ilse here, so that the family and other loved ones can always see it. You can upload cherished photographs, or share your favorite stories, and can even comment on those shared by others.

Your InterMountain Family sent flowers to the family of Ilse Howard.
Show you care by sending flowers

Posted Nov 23, 2020 at 12:37pm
Mark, Please accept our most heartfelt sympathies for your loss... Our thoughts are with you and your family during this difficult time.

Your InterMountain Family purchased the Tender Tribute for the family of Ilse Howard. Send Flowers 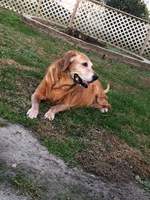