To share your memory on the wall of Jane Coffman, sign in using one of the following options:

Jane was born February 1, 1929 to John A. and Crystal E. (Shannon) Moller in Indianapolis, IN. Jane grew up in Muncie, IN ... Read More
Jane Coffman, 92 years, of Morse Bluff, NE passed away Tuesday, February 9, 2021 surrounded by her family at home.

Jane was born February 1, 1929 to John A. and Crystal E. (Shannon) Moller in Indianapolis, IN. Jane grew up in Muncie, IN at attended school there. She married Joseph R. Love in 1950 at Muncie and later passed away. Jane worked at Kresge’s Dime Store for 14 years. She also tended bar for the Cork & Bottle for 5 years. In 1965, she moved to Omaha, NE. On November 5, 1976, Jane married James K. Coffman. Jane worked at St. Joseph Center for Mental Health and retired after 26 years in 1992. In 1997, she and her husband resided in Morse Bluff in the home they built from the ground up at the lake.

Jane was preceded death by her husbands, Joseph and James; and son, Christopher Love; and brother, Robert Leonard.

Funeral Service will be 11 A.M., Saturday, February 13, 2021 at St. Charles Borromeo Catholic Church in North Bend, NE. Father Keith Rezac will officiate. Visitation will be one hour prior to the service at Church. Masks are required for the visitation, church service, and luncheon following the burial.

Burial will be at Woodland Cemetery in North Bend.
Read Less

Receive notifications about information and event scheduling for Jane

We encourage you to share your most beloved memories of Jane here, so that the family and other loved ones can always see it. You can upload cherished photographs, or share your favorite stories, and can even comment on those shared by others.

The Leonard Family, The Mahon Family, and other have sent flowers to the family of Jane Coffman (Moller).
Show you care by sending flowers

Posted Feb 13, 2021 at 11:38am
Know that we are remembering you and honoring the memory of Aunt Jane. Celebrating a beautiful life lived well. Peace, blessings, and comfort,

The Leonard Family purchased flowers for the family of Jane Coffman. Send Flowers

Posted Feb 12, 2021 at 01:35pm
Jane was such a spirited, loving & kind soul who will be missed. May the love of friends soften your sadness and cherished memories bring you comfort

Flowers were purchased for the family of Jane Coffman. Send Flowers

Posted Feb 12, 2021 at 01:35pm
Please accept our most heartfelt sympathies for your loss... Our thoughts are with you and your family during this difficult time.

Medium Dish Garden was purchased for the family of Jane Coffman. Send Flowers

The Mahon Family purchased flowers for the family of Jane Coffman. Send Flowers 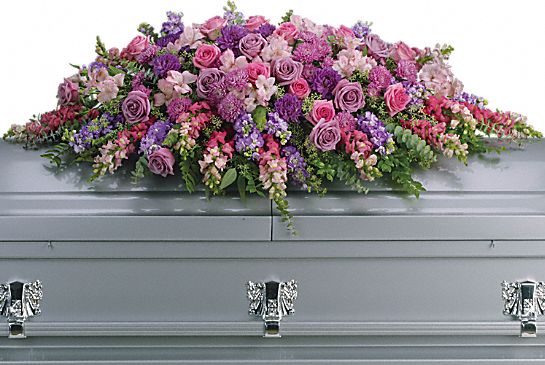 The Mahon's purchased flowers for the family of Jane Coffman. Send Flowers 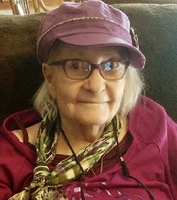 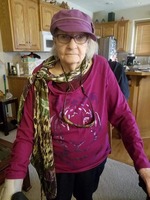 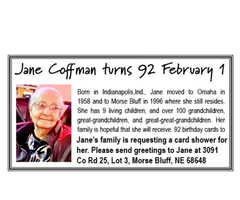 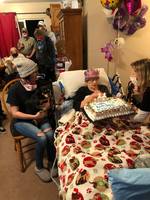