To share your memory on the wall of Jean Beerbohm, sign in using one of the following options:

Jean was born on November 14, 1926 to George Albert and Elsie May (Robb) Baily in Proserpine, Queensland, Australia. In early 1945, Jean met Verriel Beerbohm. They soon married after Jean’s 19th birthday. Jean came over to America a bit later on the Queen Mary along with some 7000 other war brides barely 20 years old meeting her new in-laws for the first time when the Union Pacific train stopped in Fremont, NE circa 1 AM in middle of January. The family moved to Ras Tanura, Saudi Arabia in 1958 life was a huge traveling show circus of new experiences, new lands, new cultures. Jean and Verriel had such a well rounded world education learning we are all the same under these paint jobs some call skin color tones.

They traveled to Africa, India, Thailand, Hong Kong, Australia, some 22+ countries around the world. By the time their son Robert was 10 and Gary was 8 they returned to the states.

Verriel passed away July 3, 2001 from Asbestos Cancer in his intestines having worked for John Mansfield in the LA area upon release from the US Navy working mothballing destroyers coating them with asbestos back when it was considered this wonder substance. His was a long slow very painful letting go.

We are thankful she did not succumb to covid. This last week was intense but not as much as it could have been. Not like so many millions of us around the world have had to suffer through all alone from loved ones. She is no longer in the pains she was experiencing.

Jean was preceded in death by her parents; husband; and son, Gary.

Jean is survived by her son, Robert; and granddaughter Kathryn Beerbohm-Young.

There are no services.

Jean will be interred back in Queensland, Australia.

Posted Jun 08, 2021 at 01:12pm
I had the privledge and honor to serve Jean in her home. We instantly bonded talking of family , travels and loved listening Jean talk of her Australian heritage. She was so proud of her family roots. I also loved listening to her Love Story during the War. So many traveling stories we laughed. She was a sweetheart! Jean, you will be missed. My condolences to the Beerbohn Family.
Comment Share
Share via: 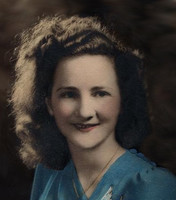