To share your memory on the wall of Keith Racek, sign in using one of the following options:

Print
Keith Eugene Racek, 84 years, of Morse Bluff, NE lost his battle with cancer on Monday, February 22, 2021 at his home surrounded by family.

He was the oldest of 2 children born on March 2, 1936 to Ray and Mayme (Chvatal) Racek near Mor... Read More
Keith Eugene Racek, 84 years, of Morse Bluff, NE lost his battle with cancer on Monday, February 22, 2021 at his home surrounded by family.

He was the oldest of 2 children born on March 2, 1936 to Ray and Mayme (Chvatal) Racek near Morse Bluff, NE.

Keith grew up like most kids of this time, playing with his brother Bob spending time with his friends (the nearer the neighbor was the closer the friendship). Keith spent many hours with Marv Hines, walking to school together, sharing a pint of ice cream with 2 wooden spoons as they walked home after school. Keith went to Morse Bluff school till 10th grade then went to North Bend til he graduated high school. Keith enlisted in the Army March 27, 1959 where he served 2 years in the Fort Lewis, Washington. He felt he could have stayed in Washington to be a logger if his father hadn’t instilled a responsibility to the farm. He returned to Morse Bluff and the farm and put his everything into what was needed. Keith was a humble, caring, supportive, hard working, and fiercely loyal to those who were there for him. Morse Bluff and its people meant a lot to Keith he grew up on the same farm where he lost his battle against cancer.

Keith was a volunteer fireman for many years and ran the road grader for 23 years. He was on the township board for 61 years, American Legion, and board member of the Killian Cemetery managing the ground. He became a ZCBJ member at the age of 1 when his parents bought him a policy. Since then, it changed names to WFLA which Keith continued to be an active member to assist the Czech community. In 1995, Keith met Gilberta “Gilly” Gregg and after 2 years of dating they married.

Keith enjoyed becoming a father and grandfather. Keith and Gilly made a great life together, working hard on the farm, assisting Mayme until she passed in 2003, and attending WFLA conventions and toy shows. Keith had a passion for John Deer (model size) toy tractors and successfully rebuilt over 200.

Keith went from hospital to nursing home trying to recover from pneumonia when he received the news of cancer. Gilly could not stand the thought of Keith going through all that away from home and her. Keith’s wish was to be at home until the end. He was in a lot of pain and discomfort during his last days, but Gilly fulfilled Keith’s wish to be at home.

Keith was preceded in death by his parents; brother, Bob; and nephew, Jim.

Visitation will be Saturday, February 27, 2021 from 3 P.M. to 6 P.M. at the North Bend funeral home. Friends and family will be sharing memories of Keith starting at 4 P.M..

Receive notifications about information and event scheduling for Keith

We encourage you to share your most beloved memories of Keith here, so that the family and other loved ones can always see it. You can upload cherished photographs, or share your favorite stories, and can even comment on those shared by others.

Phyllis Lee and Family sent flowers to the family of Keith Racek.
Show you care by sending flowers

Posted Feb 26, 2021 at 10:41am
Gilly, it shows the strong and caring person you are to work so hard for Keith to stay at home. You did an amazing job at honoring his wishes and helping him stay comfortable throughout the end of his life. Prayers of strength and comfort to you and your family.
Comment Share
Share via:
PF

Posted Feb 26, 2021 at 10:38am
Gilly and Family, Our deepest sympathies to all of you during this difficult time.

Posted Feb 25, 2021 at 04:25pm
I loved to wait on him at the Rawhide. A very sweet man. Always nice to me. I’m heartily sorry for your loss. Sincerely Erin Simanek Schneider
Comment Share
Share via:
LP

Posted Feb 25, 2021 at 03:53pm
Gilberta, I’m so sorry to hear about the loss of your husband. Please know that my thoughts and prayers are with you.
Laura Putnam Porter
Comment Share
Share via: 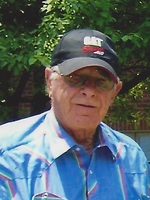