To share your memory on the wall of Margaret Wielgus, sign in using one of the following options:

She married Andrew J. Wielgus October 6, 1943 at Saint Charles Catholic Church in North Bend. After their marriage, they spent several winters in Omaha working for both the Swanson and Swift Packing Company. The couple later returned to live permanently on a farm north of North Bend where they raised two daughters, Mary Jo and Beverly Ann. When Andy retired, they moved into North Bend. Andy died July, 4, 1987.

Margaret worked at various locations in North Bend including North Bend Drug, Birchwood Manor, Weldon Industries, and North Bend Mini Mart. She loved her jobs and the customers she served.

Margaret will be remembered for being hard working, her love of her yard, flowers, fishing, and nature, and for attending as many of her grandchildren’s high school sporting events as possible.

She is preceded in death by her husband Andy, parents, parents-in-law Adam and Josephine (Zuroske) Wielgus, brothers, Edwin and Lloyd, and son-in-law James A. Satorie.

Funeral Mass will be 11 a.m., Friday, December 18, 2020 at St. Charles Borromeo Catholic Church in North Bend, NE. Father Keith Rezac will officiate. Visitation will be from 9:30 a.m. to 10:30 a.m. prior to the service at church. A Rosary will start at 10:30 a.m.. Masks and social distancing will be required.

Burial will be at Killian Cemetery near Morse Bluff, NE.

In lieu of flowers, memorials may be directed to CCD at St. Charles and Missionary Society of St. Columban, 1902 N. Calhoun St. Columbans, NE 68056.

Receive notifications about information and event scheduling for Margaret

We encourage you to share your most beloved memories of Margaret here, so that the family and other loved ones can always see it. You can upload cherished photographs, or share your favorite stories, and can even comment on those shared by others.

Your LGROT Family sent flowers to the family of Margaret Wielgus.
Show you care by sending flowers

Posted Dec 18, 2020 at 12:16pm
Margaret was the sweetest of women. She was one of the first I met when I came to North Bend in 2006. She was alwas among the first, if not the first, to arrive for Saturday evening Mass, so we often had time to chat. I remember her telling me that she was related to a Fullerton parishioner of mine, John Zuroske. Now, reading her obituary, I can see how they were related. I will have a priest friend of mine in the west African nation of Togo celebrate a Mass
for her.
Comment Share
Share via:
MP

Posted Dec 17, 2020 at 08:57pm
Bev, Mary and families we are so saddened to hear of your Mothers death. May the peace of the season help you through this difficult time......Donald and Dixie Voss

Your LGROT Family purchased flowers and planted a memorial tree for the family of Margaret Wielgus. Send Flowers

Posted Dec 15, 2020 at 09:15pm
Mary, Bev and families, Rich and I extend our deepest sympathies to all of you in the loss of your mother. I have such fond memories of my days of working with her at the drug store in North Bend. She truly had a heart of gold. May you let the Lord embrace you and help you to find peace and comfort. God's Blessings, Rich and Dianne Vyhlidal
Comment Share
Share via: 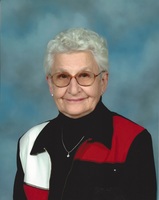