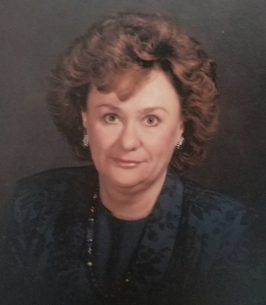 Marjorie was born August 18, 1934 at Dodge, Nebraska to Edward A. and Hilda (Studt) Moser. She lived at Dodge until moving to North Bend in 1942. She was a 1952 graduate of North Bend High School. She worked as a waitress at the Corner Café in North Bend and then taught school at District 92, south of Morse Bluff, Nebraska. She was employed at North Bend Central High School as a secretary and study hall teacher for 20 years. She also worked as a receptionist at Moser Memorial Chapel in North Bend.

Margie married Gene Hynek on August 1, 1953 at North Bend. She went from being a city girl to a farmer’s wife. They later divorced.

She was a lifelong member of St. Charles Catholic Church at North Bend and St. Anne’s Altar Society. Margie was known for her love of baking kolaches, cinnamon and dinner rolls. She would bake on Saturday mornings and sell them out of her house. Margie loved to dance.

Margie married John Reynolds on July 18, 1997 at St. Charles Catholic Church at North Bend. They lived at North Bend until moving to Shalimar Gardens at Fremont in 2017. John died August 5, 2018.

Memorials may be directed to the family for a later designation.