To share your memory on the wall of Mary Gronenthal, sign in using one of the following options:

Print
Mary H. Gronenthal, 67, of Fremont, NE, formerly of Genoa, NE, passed away surrounded by her loving family on June 7, 2021, at her home.

Mary was born February 21, 1954, in Humphrey, NE, to Stanley and Jeanette (Dohmen) Foltz. She married Joseph Gronenthal on August 7, 1971, in Norfolk, NE. They resided in Genoa, NE the last 10 years before recently moving to Fremont.

Mary was a loving wife, mother, grandmother, sister, aunt and loyal friend. She loved those around her and never met a stranger. She was known for her generosity, and willing to give anything she had. Her grandchildren always went home with toys, trinkets, and extra spending money from grandma. Mary had a sense of humor, even in her final moments. Most of the time her family laughed along with her because of her infectious laugh. Mary loved her children, camping, Pepsi, butterflies, and angels. Her grandchildren gave her great joy. She would always reply to their “I love you with “I love you more”. Mary and Joe had a special marriage. This August would have been their 50th wedding anniversary. They made a vow, before their God, to be committed to one another until death parted them. It was a vow they held sacred, and a vow that held true.

Mary was preceded in death by her parents, Stanley Foltz and Jeanette Dohmen and parents in law, Gerhard and Frances Gronenthal; son in law, John Czapla; and brother, Marvin Foltz.

Receive notifications about information and event scheduling for Mary

We encourage you to share your most beloved memories of Mary here, so that the family and other loved ones can always see it. You can upload cherished photographs, or share your favorite stories, and can even comment on those shared by others.

CARL.... (AKA)C.J.Foltz & Family, Jereme & Mysti Knoell & Family, and other have sent flowers to the family of Mary Gronenthal.
Show you care by sending flowers

Posted Jun 10, 2021 at 01:05pm
So sorry to hear about Mary. Our thoughts and prayers are with all of you.
With deepest sympathy,
Don and Peg Braun
Comment Share
Share via:
HS

Flowers were purchased for the family of Mary Gronenthal. Send Flowers

Posted Jun 09, 2021 at 02:08pm
Our deepest sympathies to Joe and all of Mary's family in their loss. She was always so sweet and kind. We always enjoyed her love of laughter. Our prayers are with all of you. Gordon & Mary Linden, Genoa
Comment Share
Share via:
JF 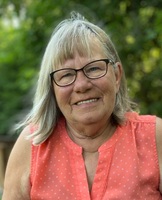 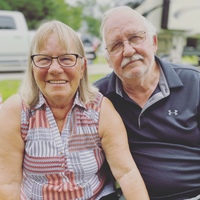 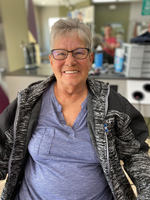