To share your memory on the wall of Michael Bechtel, sign in using one of the following options:

Print
Michael R. Bechtel, age 59 of Oklahoma, City, Oklahoma, passed away at his home. Michael was born May 31, 1961 in Wichita, Kansas to Harold J. and Delores E. (Hurt) Bechtel.

He grew up in Winslow, NE and was a 1979 graduate of Logan View High school. After graduation he entered the US Army. He made a career in the Army and served in many places especially Germany and two tours in the Persian Gulf War. After retiring he worked for the USPS and was an over the road truck driver for many years. Most recently he was an Uber and Amazon delivery driver.

Michael loved country music, his Oklahoma Sooners, and was an avid antique collector.

He is survived by his brothers, Donald (Renee’) Bechtel of Joplin, Missouri, Robert Bechtel of Winslow, NE, James Bechtel of Georgia, and John (Susan) Bechtel of Fremont; sister, Karen (Jim) Waskowiak of Stanton, NE; many nieces nephews and great-nieces and great-nephews.

Michael was preceded in death by his parents and sister-in-law, Joy Bechtel.

Memorial Service will be 10:30 A.M., Saturday, January 30, 2021 at Moser Memorial Chapel in Fremont. Please wear your OU gear or western wear to honor Michael. Memorial Visitation will be 1 hour prior to the service at Moser’s.

Interment with military honors conducted by the Hooper Honor Guard of VFW Post #10535 and American Legion Post #18 will follow at the Hooper Cemetery in Hooper, NE.

A Memorial will be established later in Michael’s name.

Online condolences and live-streaming at www.mosermemorialchapels.com.

Receive notifications about information and event scheduling for Michael

We encourage you to share your most beloved memories of Michael here, so that the family and other loved ones can always see it. You can upload cherished photographs, or share your favorite stories, and can even comment on those shared by others.

Love, Dave and Marta sent flowers to the family of Michael Bechtel.
Show you care by sending flowers 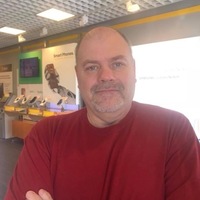 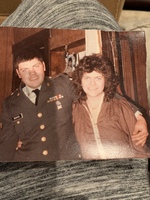