To share your memory on the wall of Robert Lane, sign in using one of the following options:

Robert grew up in Harrisburg, Pennsylvania and graduated from high school there. He moved to Oklahoma at the age of 20. He worked in the dairy business at Townley’s Dairy. He moved to Bellevue, NE and worked at the Roberts Dairy in Omaha. He returned to Oklahoma and lived in Oklahoma, City where he was the infamous “Barbecue Bob” radio personality. He cooked for many people including his family, neighbors and the homeless. Robert married Carolyn A. (Reynolds) on May 30, 1987. Robert spent the last 14 years in Fremont.

He was an avid drummer loved music “rock & roll”, the Huskers, Steelers, fishing and mostly his family. He loved cooking for his family here. He was known for his very big portions while cooking and was Uncle Bob to anyone who met him.

He was preceded in death by his parents, 4 brothers, Ron, Guy, David and James Lane; and sister and brother-in-law, Annabelle (Richard) Gaiski.

There will be a celebration of life at a later date when COVID restrictions are lifted.

In lieu of flowers memorials are suggested to the family.

Online condolences may be left at www.mosermmeorialchapels.com.

Receive notifications about information and event scheduling for Robert

We encourage you to share your most beloved memories of Robert here, so that the family and other loved ones can always see it. You can upload cherished photographs, or share your favorite stories, and can even comment on those shared by others.

Posted Jan 04, 2021 at 10:15am
Carolyn,
I'm so sorry to here about your husband. My love, thoughts and pray are with you and your family. Sandy Michaels
Comment Share
Share via:
MC

Posted Jan 03, 2021 at 03:49pm
Bob was very special to me. He was the best family man and generous to all he encountered! Helped shape my love of music and watching his work ethic was amazing took care of his family and had all American values. I’ll miss you man!!!
Comment Share
Share via: 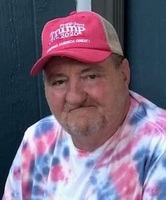