To share your memory on the wall of Robert Snyder, sign in using one of the following options:

Robert was a graduate of Fremont High School. He married Sandra L. Harding on July 7, 1963 in Fremont. He was employed at Lucent Technologies (formerly Western Electric and AT & T) in Omaha for over 43 years. He was a lifelong resident of Fremont and member of the Fremont Alliance Church. He collected antique ammunition cartridges, cap guns and enjoyed fireworks.

He was preceded in death by his parents and 2 sisters, Shirley Muckey and Ann Lambson.

Memorials may be given to the Open Door Mission or the Salvation Army.

Receive notifications about information and event scheduling for Robert

We encourage you to share your most beloved memories of Robert here, so that the family and other loved ones can always see it. You can upload cherished photographs, or share your favorite stories, and can even comment on those shared by others.

Posted Jan 10, 2021 at 07:05pm
Joni, I'm so sorry to hear of the passing of your father. While reading the obituary, it brought a smile to my face to read about his live for fireworks. I remembered how you shared your love of fireworks with me.......many years ago. Condolences to the entire family! I wish the entire family love and comfort during this time of sorrow. Take care! Duane Wiesen
Comment Share
Share via: 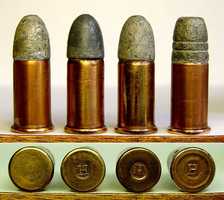