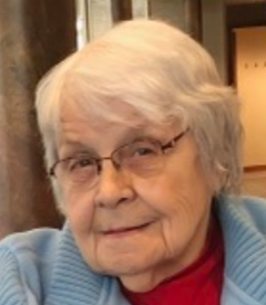 Roberta “Jean” Coulter Schilke, 88 years of Fremont, Nebraska, loving mother of 6 sons, died peacefully on Wednesday, September 7, 2022 at Brookstone Meadows in Elkhorn, Nebraska. Jean was born December 30, 1933 in Schuyler, Nebraska to Robert and Verna (Novotny) Guynan. She grew up on a farm in the Dublin community near Schuyler and attended District 7, a one room schoolhouse. She was a 1950 graduate of Schuyler High School. Jean married Gail D. Schilke on August 21, 1963 at Grand Island, Nebraska. Gail died November 23, 2001.

Jean was employed as a CNA at the former A.J. Merrick Manor in Fremont, now Dunklau Gardens, from 1988 to 1994. She worked with her husband in his trucking business for 25 years and then helped with his farming from 1985 to 2000. She was very proud of her Irish heritage.

Funeral service 2:00 P.M., Friday, September 9, 2022 at Moser Memorial Chapel in Fremont. Burial will be at Memorial Cemetery in Fremont. Visitation will be 1 hour prior to the service. Memorials may be directed to the family for a later designation.