To share your memory on the wall of Ronald Hall, sign in using one of the following options:

Ronald was born October 15, 1939 in Austin, Texas to Henry and Lottie (Beard) Hall. He lived in Oregon and Washington State until moving to a far... Read More
Ronald B. Hall, 81 years, of Cedar Bluffs, NE died Tuesday, February 23, 2021 at his home.

Ronald was born October 15, 1939 in Austin, Texas to Henry and Lottie (Beard) Hall. He lived in Oregon and Washington State until moving to a farm North of North Bend in 1971. Four years later he moved to Fremont, Nebraska and in 1981 moved to Burbank, California. He returned to Nebraska and settled in Cedar Bluffs in 1990. Ronald worked for Lennox and Everly Plumbing and Heating.

Ronald served in the U.S. Navy for four years. After his service in the Navy he served in the Army Reserve. He married Karin J. Bridgeford on August 1, 1962 in Las Vegas, Nevada. She died November 1, 2016.

He was preceded in death by his parents; wife; 2 brothers and 2 sisters.

Funeral service will be 2 PM, Monday, March 1, 2021 at Moser Memorial Chapel in Fremont. The Rev. Scott Jensen will officiate. Visitation on Monday from 1 PM to 2 PM at funeral home. Burial will be at Ridge Cemetery in Fremont, with military honors.

Receive notifications about information and event scheduling for Ronald

We encourage you to share your most beloved memories of Ronald here, so that the family and other loved ones can always see it. You can upload cherished photographs, or share your favorite stories, and can even comment on those shared by others. 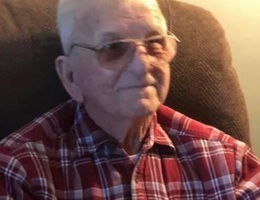