To share your memory on the wall of Rudolph Vanek, sign in using one of the following options:

Rudy grew up in Prague, NE and was a 1965 graduate of Prague High School. Rudy was previously married to Darlene Vlcan and they had two children, Rusty and Randy. Later he married Joleen McTaggert and they had a son Shane. On September 2, 2011 he married Christy (Brunk) Schow.

He was an avid motorcycle enthusiast. He worked for Bennett’s Cycles, had his own bike shop, worked at Valmont and First State Bank all in Fremont. Rudy enjoyed golf, drag racing, ATV Pulls, bowling, playing pool, riding and working on motorcycles. Rudy was involved with the annual Toy Run in Fremont and the Friday Night Bike Rides at Whis’s End Zone Lounge. He will be remembered for having a fearless attitude, a zest for life and will be greatly missed.

He was preceded in death by his parents; sister, Judy; and brother-in-law Jerry Cartwright.

Rudy donated his body to the Nebraska Anatomical Board. A Celebration of Life service will be 2 PM, Thursday, May 13, 2021 at Moser Memorial Chapel in Fremont. Pastor Scott Cate will officiate. Memorial visitation and family receiving friends from 12-2 PM Thursday prior to the service. In lieu of flowers, memorials are suggested to Fremont Area Alzheimer’s Fund, Parkinson’s Foundation, or Jochebed’s Hope to help kids in Indonesia.

Receive notifications about information and event scheduling for Rudolph

We encourage you to share your most beloved memories of Rudolph here, so that the family and other loved ones can always see it. You can upload cherished photographs, or share your favorite stories, and can even comment on those shared by others.

Your kids sent flowers to the family of Rudolph "Rudy" Vanek Jr.
Show you care by sending flowers

Posted May 13, 2021 at 08:18pm
We as the class of 1965 were sadden to hear of Rudy’s passing. Everyone enjoyed Rudy’s humor , helpfulness & always being reliable to his word. He always had a smile & ready to joke around with one whenever we were in school or later years at our every 5 year class reunions. He will truly be missed & gone way to soon. RIP our friend.
Comment Share
Share via:
CV

Thank you! Your class reunions were fun! Nice to have met you all. Christy
ET

Posted May 12, 2021 at 03:10pm
Dr. Franco, Nancy and I all treasured the time we spent with Rudy and Christy. It was a privilege to be part of his life, and getting to know him, and of course, Christy over the years. Our hearts are saddened by your loss.

Thank you all for being so awesome!! We have a big place in our hearts for you guys! Christy
TW

Posted May 12, 2021 at 03:03pm
We are thinking of you during this difficult time. We were privileged to know and care for Rudy.

Posted May 12, 2021 at 02:42pm
Christy, so sorry to hear about Rudy passing. Alzheimer's is such an awful disease, but you stood by Rudy's side through bad and good days. Please know that I am thinking of you and all of Rudy's family. Sending you prayers of peace and comfort during this difficult time. Be kind to yourself as you walk your journey through grief. Two major losses within 3 months is a lot to handle. I will help in anyway possible. Love to you and the whole family
Mary Duncan
Comment Share
Share via:
CV

Thank you so much. I really appreciate you! Christy 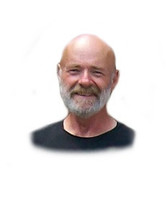