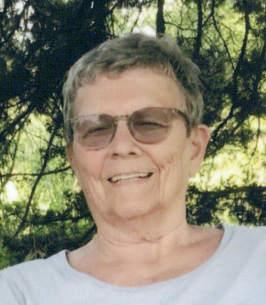 Terry was born March 11, 1945, in Fremont, NE, to Harley and Gloria (Robart) Smith. She graduated from Valley High School in 1963. Terry married Steven Baltz on September 24, 1966, at Pohocco Lutheran Church outside of Fremont. They moved to Cedar Bluffs in 1967. Terry was employed as a bookkeeper at Fuel Company in Cedar Bluffs. She retired in 2005.

Terry was preceded in death by her parents.

A private family celebration of life service will be held at Moser Memorial Chapel in Cedar Bluffs.

Online condolences may be left at www.mosermemorialchapels.com