To share your memory on the wall of Vlasta Kavan, sign in using one of the following options:

In 1949, Vlasta received her Bachelor of Arts degree from Midland College and earned this by attending summer school. In 1957, she received her Master of Education degree at the University of Nebraska, which was accomplished through attending night school and summer school classes.

In 1982, Vlasta retired from teaching. She was very involved at church and hospital volunteer work. She joined Altrusa, AAUW, retired teachers, and Pi Lambda Theta.

Vlasta moved to Nye Legacy in 2011 after living at Nye Square for several years.

She is survived by her sister-in-law, Lorraine Kavan; and many nieces and nephews.

Funeral Service will be 10:30, Thursday, April 15, 2021 at the Presbyterian Church in Fremont. Rev. Earl Underwood will officiate. Visitation will be 1 hour prior to the service at church. Burial will be at Memorial Cemetery in Fremont.

Memorials may be directed to Fremont Public School Foundation or the Presbyterian Church.

Please "Click" on the link below to watch the service.
Funeral Service Link
Read Less

Receive notifications about information and event scheduling for Vlasta

We encourage you to share your most beloved memories of Vlasta here, so that the family and other loved ones can always see it. You can upload cherished photographs, or share your favorite stories, and can even comment on those shared by others.

Posted Apr 16, 2021 at 12:36pm
She was such a beautiful soul, I loved working with her at Nye Legacy. Many thoughts and prayers to the family on the loss of such a wonderful woman, she will be greatly missed!!
Comment Share
Share via:
SM

Posted Apr 12, 2021 at 12:13pm
I had just mailed Vlasta a birthday card and then read about her passing. She taught at District 10, where I was a student. Her sister Wilma was one of my teachers at District 10 (and Arnie was one of her students at that time also). Then, later when I became a teacher in Fremont, she was a principal at one of the Fremont Public Schools. Later, when I joined Altrusa, I had a chance to really get to know her. I have many a fond memory of Vlasta.
Comment Share
Share via:
PD

Posted Apr 11, 2021 at 07:40am
Way back in the mid 1950's I was in 3rd grade at Northside School in Fremont. Miss Kavan was my part time teacher. She was also the principal at that time I think. I remember what a nice lady she was. Very good teacher. Another lady taught us in the morning, if I remember correctly and Miss Kavan was in the afternoon. So nice to be able to see a recent picture of her.
Comment Share
Share via:
RE

Posted Apr 10, 2021 at 06:57pm
She was my principal an awesome I have always wondered about her my prayers and condolences to you all
Comment Share
Share via:
SC

Posted Apr 10, 2021 at 03:23pm
Vlasta was a great mentor to me and many other teachers in the Fremont School district. It was because of her leadership and confidence that I continued to teach for as long as I did. She always hosted great Christmas staff parties with good food and great games. She was hard to beat as an administrator. My sympathies to her family at this time. Sharon Toelle Carlson
Comment Share
Share via:
JB

Ms. Kavan was my principal during elementary school, remember her very well, she was a dear woman and I have fond memories of her. Prayers to her family. 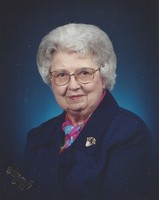