To share your memory on the wall of Wayne Parker, sign in using one of the following options:

After graduation, Wayne worked with his father... Read More
Wayne L. Parker, 71 years, of Fremont, NE passed away Friday, November 20, 2020 at Methodist Fremont Health. He was born on March 27, 1949 in Tekamah, NE to Don and Arline (Conklin) Parker.

After graduation, Wayne worked with his father at P&H Repair in Oakland, NE. He then worked for 18 years at Messers Auto Paint store in Fremont, NE. Wayne married Karen Nelson on September 3, 1994 in Craig, NE.

Wayne loved hunting, the Colorado Mountains, and John Wayne. He was proud of his Honda Gold Wing Motorcycle and he always insisted on being the driver of any vehicle he was in. He loved his family gatherings, chocolate chip cookies, Oreos and his dog, Sandy.

He was preceded in death by his father, Don; parents-in-law, Gordon and Jacqueline Nelson and brother-in-law, Gerald McIntosh.

Burial will be at the Argo Cemetery near Uehling, Nebraska in the spring.

Memorials may be directed to the family or the American Diabetes Foundation.

Receive notifications about information and event scheduling for Wayne

We encourage you to share your most beloved memories of Wayne here, so that the family and other loved ones can always see it. You can upload cherished photographs, or share your favorite stories, and can even comment on those shared by others. 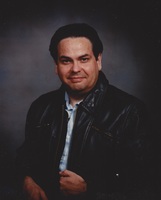