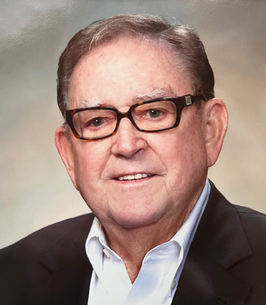 Wendell was born September 21, 1925, in Fremont, to Merrill and Hazel (Dittmar) Bruner. He graduated from Nickerson High School in 1943. After graduation, he began farming until 1945, when at that time, he entered the United States Army. Wendell received training as a Surgical Technician but served as a clerk for the 1st Sergeant. After serving his country for 5 years, Wendell was honorably discharged. Wendell married Juanita Ruth Lingo in 1946 and had 3 daughters.They returned to Nickerson where he owned and operated the local grocery store for 3 years. He returned to farming and was a truck driver to support his family.

The idea began that the area needed trucking services and chose Fremont as the place to locate. He based his decision to the agriculture in the area, the large industry, and the people. He moved his family to Fremont in 1961, applied for his trucking authority and started Fremont Contract Carriers. He began with one truck and trailer and grew to 78 trucks and 130 trailers, serving 48 states. Fremont Contract Carriers was able to prosper because Fremont was a great city with quality labor, good churches, and a great school system.

In 1973, Wendell began another venture and helped charter the American National Bank. He served on the board for 26 years.

He has contributed his time and talents to many Fremont organizations, serving on many boards including, American National Bank, Fremont Area Community Foundation, Fremont Optimist Club, Fremont Family YMCA, and the Fremont Art Association. He was active with the Fremont Golf Club, Fremont Chamber of Commerce, Iowa National Guard, and the past director of the Lower Platte NRD.

Celebration of Life Service with military honors will be held at 1:00 PM, Friday, April 15th, 2022, at Moser
Memorial Chapel in Fremont with Chaplain Scott Jensen officiating.

There will be a private family burial.

Online condolences may be left at www.mosermememorichapels.com