To share your memory on the wall of David Proctor, sign in using one of the following options:

David was born December 9, 1946, at Charleston, South Carolina to Harold and Bertha (Cunningham) Proctor. He was a 1966 graduate of Waynetown, Indiana. Due to his military duties, David moved to various locations. David served in the U.S. Air Force from July 1966 to October 14, 1973 and held the rank of Staff Sergeant. In 1978 until 1995 David served in the Army Reserves. He married Linda Elton on April 26, 1969. The couple moved to Fremont in 1975.

He was previously employed at CF Industries and at Platte Chemical as production manager, retiring in 1998. David bought and owned Service Master of Lincoln.

He was a member of the V.F.W. Post #854, Disabled American Veterans, American Legion Post #20, Civil Air Patrol, REACT weather spotting, and the Fraternal Order of Eagles #200. He volunteered at the American Red Cross and Avenue of Flags. He enjoyed woodworking and fishing.

He was preceded in death by his parents; and brothers, Robert “Bob” and Leslie Proctor.
Funeral service 10 AM, Tuesday, December 1, 2020 at Moser Memorial Chapel in Fremont. Visitation on Monday from 5 PM to 7 PM at the funeral home. Burial at the Omaha National Cemetery at 1 PM on Tuesday with military honors by the Fremont Honor Guard. The service will be live-streamed. Following CDC and local guidelines , masks are required. The family will also be hosting a Celebration of Life at a later Date.

Memorials may be directed to the family for a designation at a later date.

Receive notifications about information and event scheduling for David

We encourage you to share your most beloved memories of David here, so that the family and other loved ones can always see it. You can upload cherished photographs, or share your favorite stories, and can even comment on those shared by others.

Dawn and Larry,Lois,Gary, Jim, Lana & family sent flowers to the family of David Proctor.
Show you care by sending flowers

Posted Nov 30, 2020 at 03:03pm
We are very sorry to hear of your fathers passing. You are in our thoughts and prayers.
Comment Share
Share via:
D

Posted Nov 28, 2020 at 10:52am
Dave will be missed for his many hours of service in all the organizations he was involved in.. i (along with Ross) was in Civil Air Patrol and React with Dave. He will be missed in the community.

Posted Nov 27, 2020 at 10:54am
Jerry and I are so sorry to hear of Dave's passing! We worked many Red Cross disasters with him - he was quite a giver of his time! Dave will be greatly missed. May God bless his family with comfort and peace during this difficult time.
Comment Share
Share via: 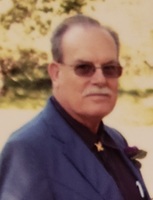