To share your memory on the wall of Frederick Whitt, sign in using one of the following options:

Fred graduated high school, attended the FBI Academy, and received a Management Certification from Northwestern University. He served with the U.S. Marines during the end of WWII. He continued to serve in the National Guard for 10 years. Frederick married LaVerna Barber on November 5, 1948 in Fremont, Nebraska.

Frederick was the Fremont Chief of Police from 1967 to 1981 when he retired. He was a member of First Christian Church, Toastmaster’s, Police Officer’s Association of NE. (Serving as President in the late 1960’s), Kiwanis, and Small Business Association mentoring program. Fred was dedicated to his family and his community; he founded the Law Enforcement Exchange Program; he was responsible for bringing the first ambulance to Fremont and helped establish the first Humane Society in Fremont. He enjoyed woodworking and gifted multiple friends with furniture pieces.

Funeral Service is 10:30 AM, Monday, December 28, 2020 at Moser Memorial Chapel in Fremont, NE. Visitation at Moser’s is Sunday from 4-8 PM. Burial will be at Woodland Cemetery in North Bend.

Memorial may be directed to The Dodge County Humane Society, or to a children’s charity of your choice.

Receive notifications about information and event scheduling for Frederick

We encourage you to share your most beloved memories of Frederick here, so that the family and other loved ones can always see it. You can upload cherished photographs, or share your favorite stories, and can even comment on those shared by others.

All our love, David & Rachel Spurgeon & JoAnn, Joe and Jana Richardson, and other have sent flowers to the family of Frederick Whitt.
Show you care by sending flowers

Posted Dec 28, 2020 at 12:43pm
Our sincere sympathy to Di and the Witt family. I remember stories about your Dad and they bring me smiles. God rest his soul and give His peace to all the family. With love and prayers, Duane and Janice Bright

Posted Dec 24, 2020 at 08:58pm
Our deepest sympathy to the family. Our thoughts and prayers are with you at this time. Former Fremont Police Officer and Retired Knox County Sheriff Jim Janecek and Connie Janecek
Comment Share
Share via:
AJ

Posted Dec 24, 2020 at 06:32pm
Thank you for many wonderful memories and for sharing your amazing Papa with all of us. With our deepest sympathy, we are always here for you.

All our love, David & Rachel Spurgeon & JoAnn purchased flowers and planted a memorial tree for the family of Frederick Whitt. Send Flowers

Posted Dec 24, 2020 at 02:06pm
So sorry to hear of your loss. Due to just recovering from the covid19 virus I am not going to be able to make the visitation or funeral service, but you have my sincere condolences. Mike Miller
Comment Share
Share via:
DS

So sorry to hear you have been ill but glad you are on the road to recovery. We certainly understand and appreciate your kind thoughts. Fred Whitt’s family.
SR

Posted Dec 22, 2020 at 11:09pm
Dear Di and family, I am so sorry to hear of your dad’s passing. May Frederick Rest In Peace and enjoy his Heavenly Reward!!! Holding you all specially in my prayers! God’s blessings, Sr. Claudia Ward, RSM
Comment Share
Share via: 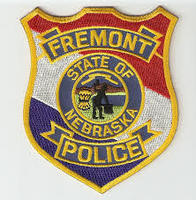 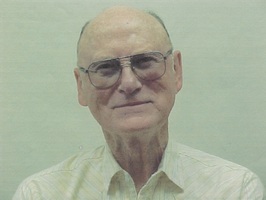 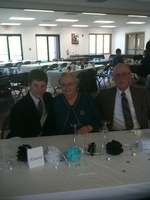 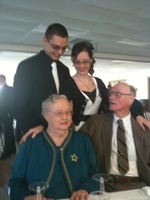