To share your memory on the wall of Helen Zimola, sign in using one of the following options:

Helen grew up in Wahoo and graduated from Wahoo High ... Read More
Helen L. Zimola, age 96 of Fremont passed away Sunday, February 28, 2021 at Methodist Fremont Health. She was born November 14, 1924 in Wahoo, NE to Fred and Marie (Schomer) Herrick.

Helen grew up in Wahoo and graduated from Wahoo High School in 1942. She then worked at the Nebraska Ordinance Plant at Mead. She attended Interior design School in Pittsburg, PA and then moved to Omaha in 1947 and worked for a home furnishing store for two years. She married John Zimola on July 26, 1949 in Wahoo. After marriage they lived in Wahoo for eight years prior to moving to Fremont. She was employed by the City of Fremont Police Department from 1970 to 1988 as a secretary.

She was preceded in death by her parents; husband, John in 2008; brother, Walter Herrick and sister, Lucille Herrick.

Celebration of Life Service will be at a later date. Interment will be at St. Francis Catholic Cemetery in Wahoo.
Memorials are suggested to SPCA.

Receive notifications about information and event scheduling for Helen

We encourage you to share your most beloved memories of Helen here, so that the family and other loved ones can always see it. You can upload cherished photographs, or share your favorite stories, and can even comment on those shared by others.

Posted Mar 02, 2021 at 05:40pm
This makes my heart so heavy. Helen was such a joy to be around. I am Wanda Villwok's daughter Judy. My mother lived across the street from Helen. We spent quite a bit of time with Helen while I was taking care of my mom. Helen was so special to my mother and I. I will let me siblings know of her passing also as we all loved her. Sending love and hugs to you all.
Comment Share
Share via:
RT

Posted Mar 02, 2021 at 12:09pm
Wonderful lady, always so pleasant. She was so helpful and understanding and cared about the Officers. She will be missed.
Comment Share
Share via:
K

Posted Mar 01, 2021 at 05:33pm
Helen was truly something else - and we enjoyed every minute we spent with her. Prayers to her family and friends.
Comment Share
Share via: 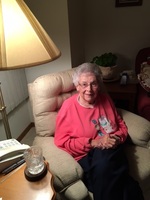 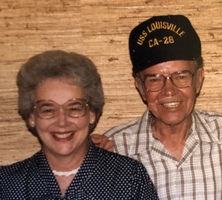 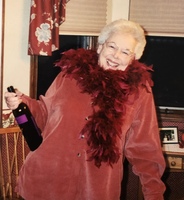