To share your memory on the wall of Waldo Leander, sign in using one of the following options:

Wally grew up at Brayton and Atlantic, IA area and graduated from Atlantic High School. He raced micro midget race cars in Atlantic. He served in the US Navy from September 17, 1952 to August 29, 1956 during Korea. Wally married Doris Kinen on November 23, 1957 at Atlantic, IA. They lived at Gretna, NE from 1957 until 1971. He worked for Western Electric in Omaha from 1958 to 1993 when he retired. He lived at Cedar Bluffs, NE and also farmed while still working. After retirement he started his own small engine repair shop and worked part-time for the Union Pacific Railroad. He was very involved with their union and became a union steward. They moved to Fremont in October of 2020.

Wally was a member of St. Mary’s Catholic Church in Cedar Bluffs and was the Vice President of the Omaha Square Dance Organization.

He was preceded in death by his parents; two sisters-in-law; and three brothers-in law.

Memorial Mass, 10:30 A.M., Friday, November 20, 2020 at St Mary’s Catholic Church in Cedar Bluffs. Rev. Fr. Cole Kennett will officiate. A Rosary will be at 9:30 A.M., Friday also at church. Military honors will follow the mass outside the church. Due to Covid restrictions there will not be a reception.

Receive notifications about information and event scheduling for Waldo

We encourage you to share your most beloved memories of Waldo here, so that the family and other loved ones can always see it. You can upload cherished photographs, or share your favorite stories, and can even comment on those shared by others.

Charlotte McLaughlin and Family, Mary Jo Kinen and Kari Kaiser, and other have sent flowers to the family of Waldo "Wally" Leander Sr.
Show you care by sending flowers

Posted Nov 19, 2020 at 02:09pm
Please accept our most heartfelt sympathies for your loss... Our thoughts are with you and your family during this difficult time.

Sweet Tranquility Basket was purchased for the family of Waldo Leander. Send Flowers

Posted Nov 18, 2020 at 12:31pm
Our deepest sympathies to the entire Leander family. May God wrap his arms around you all during this difficult time.
Tim and Janelle Prchal
Comment Share
Share via:
WL

Thank you for your thoughts and kind words.
LF

Posted Nov 18, 2020 at 11:44am
Thinking of you during this difficult time. Sending love and prayers.

Charlotte McLaughlin and Family purchased flowers and planted a memorial tree for the family of Waldo Leander. Send Flowers 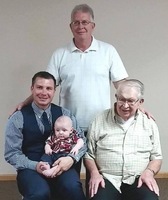 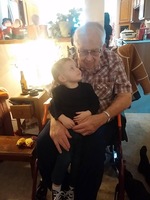 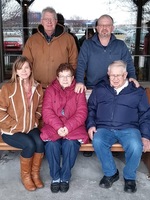