To share your memory on the wall of William \"Bill\" Legler, sign in using one of the following options:

Bill was born February 24, 1932 in Valparaiso, NE to David and Ruby (Scott) Legler. He was a 1950 graduate of Schuyler High School. Bill married Pat Whitmore December 30, 1952, at the Schuyler Presbyterian Church. Bill served in the US Air Force from January 6, 1951 until January 5, 1955 during Korea. He worked at Hormel until retiring at the age of 55 in 1987. They have lived in Fremont for the last 65 years.

Bill was a former member of First Christian Church in Fremont. Member of the Fremont Eagles Club, American Legion Post #20 in Fremont. He enjoyed fishing, ballroom dancing, bad bohemian jokes, and was known for being a Jack of all trades.

He is survived by his wife, Pat; son Mike (Frances) Legler of Columbus, NE; daughters, Debbie (Jeff) Rump and Penny Weers all of Fremont; son-in-law Roger Vogt of Fremont; 9 grandchildren and several great and great-great grandchildren.

Bill was preceded in death by his parents; daughter, Linda Vogt; 3 brothers and 5 sisters.

Private Funeral will be held. Burial with Military Honors will be at Memorial Cemetery in Fremont.

Memorials are suggested to the Dodge County Humane Society.

Receive notifications about information and event scheduling for William "Bill"

We encourage you to share your most beloved memories of William "Bill" here, so that the family and other loved ones can always see it. You can upload cherished photographs, or share your favorite stories, and can even comment on those shared by others.

Posted May 06, 2021 at 04:47pm
Pat and family,
I am so very sorry to hear about Bill's passing. You are all in my thoughts and prayers. Rest in Peace, Bill.
Rhonda Carlson
Comment Share
Share via:
RG

Posted May 06, 2021 at 10:11am
Condolences to the Family & friend. My prayers & thoughts are with you all. So sorry for your loss. God bless
Comment Share
Share via: 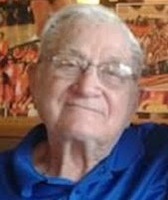