To share your memory on the wall of Barbara Fox, sign in using one of the following options:

She was preceded in death by both of her parents. We have great faith in the Great Plan of Salvation authored by our Heavenly Father and brought to pass by our Lord and Savior, Jesus Christ. We know that we will be together as a sealed family for all eternity. While this separation is difficult, it will only be for a small moment. Families Are Forever.

Graveside services will be held at Purple Cane Cemetery North of North bend, Nebraska in the near future.

Receive notifications about information and event scheduling for Barbara

We encourage you to share your most beloved memories of Barbara here, so that the family and other loved ones can always see it. You can upload cherished photographs, or share your favorite stories, and can even comment on those shared by others. 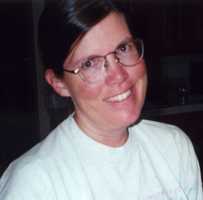