To share your memory on the wall of Richard Cashatt, sign in using one of the following options:

He started working for Valmont Industries at the age of 22. Richard lived west of North Bend since 1994 before moving to Morse Bluff in 2018.

Airboating off the Platte River was a passion for Richard. He was a member of the Nebraska Airboat Association.

Receive notifications about information and event scheduling for Richard

We encourage you to share your most beloved memories of Richard here, so that the family and other loved ones can always see it. You can upload cherished photographs, or share your favorite stories, and can even comment on those shared by others.

Bill & Lindley Leach, Karol Galindo, and other have sent flowers to the family of Richard Cashatt.
Show you care by sending flowers

Posted Dec 13, 2020 at 07:34pm
We were very sad to hear about the passing of Rich. He was a great neighbor who was always willing to lend a helping hand. In fact, he recently helped us cut some trees broken by a recent ice storm. We know he will be missed by many family members and friends. We send our most sincere condolences to the family. Sam and Tammy Calabro
Comment Share
Share via:
D

Posted Dec 11, 2020 at 06:40pm
Sending our deepest condolences to the family and Barb. I worked with him for about 12 years and it's hard to believe that you're gone. We'll miss you, and I know that you're in a better place.
David Salguero & Family.
Comment Share
Share via:

Posted Dec 10, 2020 at 11:52pm
we became friends 35 plus years ago we had some great times lots of laughs worked hard played harder we lost track of each other over the years but when we got in touch with each other it was like yesterday it was great getting back in touch and talking whenever we could ill see you again some day my friend RIP you were one of a kind you will be missed my brother
Comment Share
Share via:
SL

Posted Dec 10, 2020 at 05:52pm
How Lucky I am to have known someone who was so hard to say goodbye too.
BUT, I will see you again Rich, my friend.
My deepest sympathies go out to Rich's family.
May God give your family the comfort and peace that you seek and may the soul of your loved one rest in peace.
GOD BLESS. 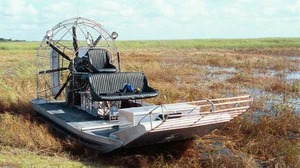 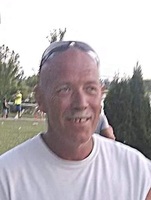